Zen Buddhism and Other News

Today I wanted to say a little bit about Buddhism, as it relates to Kira Kira Curtain Call. You can also find some more news at the end of this post.

The Amida Buddha plays a role similar to Jesus in terms of the beliefs surrounding them. The Pure Land in which Amida resides is a veritable heaven where practitioners will be free to spend their entire life practicing Buddhism and seeking enlightenment to escape from the chain of reincarnation. Prayer, in the form of chants, to the Amida Buddha serves as a means to help one reach the Pure Land, similar to how prayer to Jesus can help lead one to heaven. This prayer, “Namu Amida Butsu”, appears in the game once or twice, and is similar, but quite different from a phrase like “Lord, have mercy upon me.” Since the prayer is typically repeated, people who have played Soul Calibur or Tekken are probably familiar with Yoshitsune’s shortened version of this: “Namu Namu”. 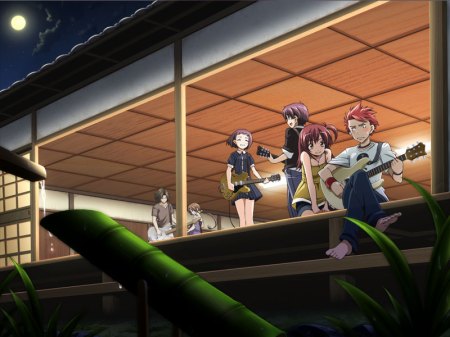 Zen Buddhism is the one that plays the largest role in this game. Shouki’s father is the head priest of a Zen Buddhist temple, which makes Shouki the next in line to inherit and take over administration of the temple. Raised in the ideals of meditation, open-mindedness towards different experiences, and the pursuit of a mind free of thought and attachment to this world, Shouki is one of the calmest characters in the games. He lives in the temple with his family, and the temple is constructed in line with the traditional Shichidō garan complex in mind.

Anyways, due to their relationship with the temple, several other terms relating to Zen Buddhism will appear in the game, so please read my translator’s notes on them when it comes out.

On to other news:

This entry was posted on Wednesday, March 10th, 2010 at 2:24 pm and is filed under Announcements, Translation. You can follow any responses to this entry through the RSS 2.0 feed. Both comments and pings are currently closed.

14 Responses to Zen Buddhism and Other News