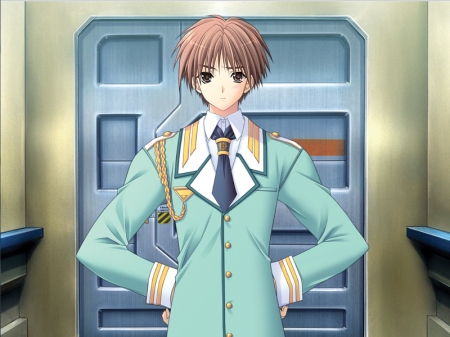 Next up is Ryouta.

Ryouta is voiced by Koike Takezou (A.K.A. this guy), and is featured as the main character in Chapter 2. Unlike his brother, Ryouta is very indecisive and has trouble bringing himself to take action. He usually follows rules and protocol, which has left him quite bored at the academy. It’s hard to imagine him taking the initiative to do something. 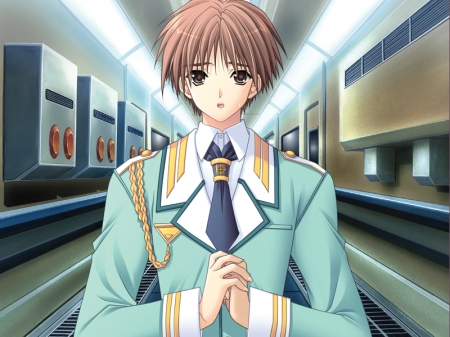 However, Ryouta is a very kind person. Shuuhei believes this kindness is one of Ryouta’s strengths and hopes this strength will give him the courage he needs to act and accomplish great things. Ryouta isn’t so sure he can respond to his brother’s hopes for him, but it’s true that he hates the thought of his friends and comrades being hurt.

Since he was always protected and cared for by his brother Shuuhei, Ryouta can seem a little immature for his age, but this does change throughout the story. He seems to have an inclination towards Sayaka, but both Aki and Yuu are new to the Aries, so only time will tell…

This entry was posted on Tuesday, December 22nd, 2009 at 12:23 am and is filed under Character Introductions. You can follow any responses to this entry through the RSS 2.0 feed. Both comments and pings are currently closed.